Tuv Sud have engaged Firco Limited to carry out an office refurbishment and reconfiguration at their Fareham site. There was a mix of small existing offices and a dated boardroom which have been transformed into two large modern boardrooms and one medium sized breakout/office space.
Initially there were some demolition works to be carried out in the existing space and all glass that was removed was taken away by a glazing company and recycled and all plasterboard was also recycled. Most of the unwanted office furniture was taken off site and is now being moved on as second-hand furniture.
With the fit out the client did not want a completely new suspended ceiling system, instead just asked that all ceiling tiles were replaced with a new and improved DB rated tile. The client had new lighting installed and extraction by their term contractor. We installed ‘Firco fire line partition systems’ with double glazed windows and integral blind modules.
TUV SUD are a German headquartered testing, certification, auditing and advisory company with 25,000 employees located across over 1,000 locations. 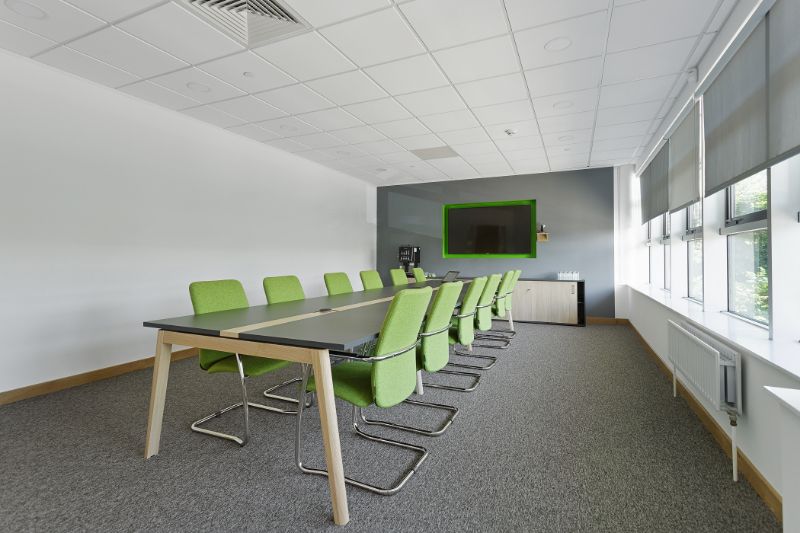 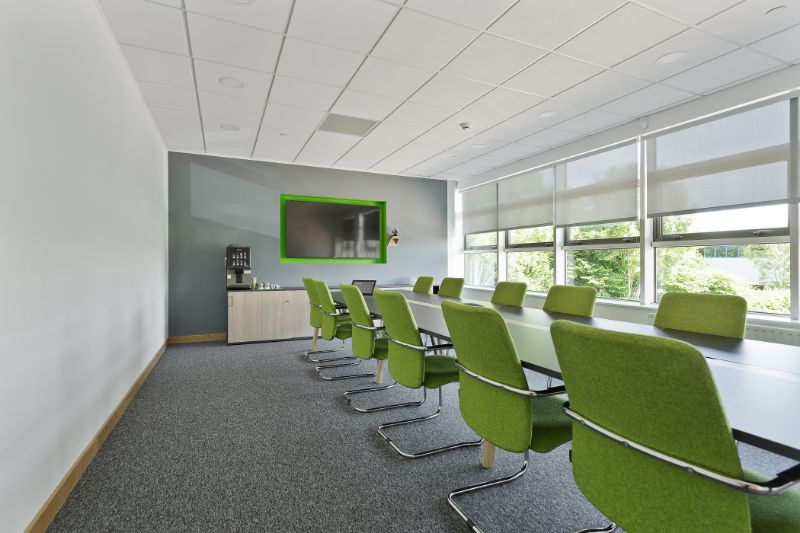 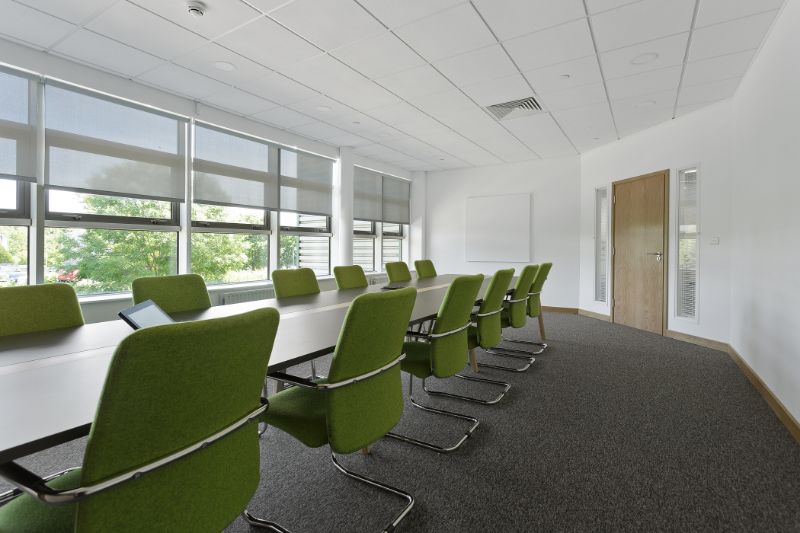 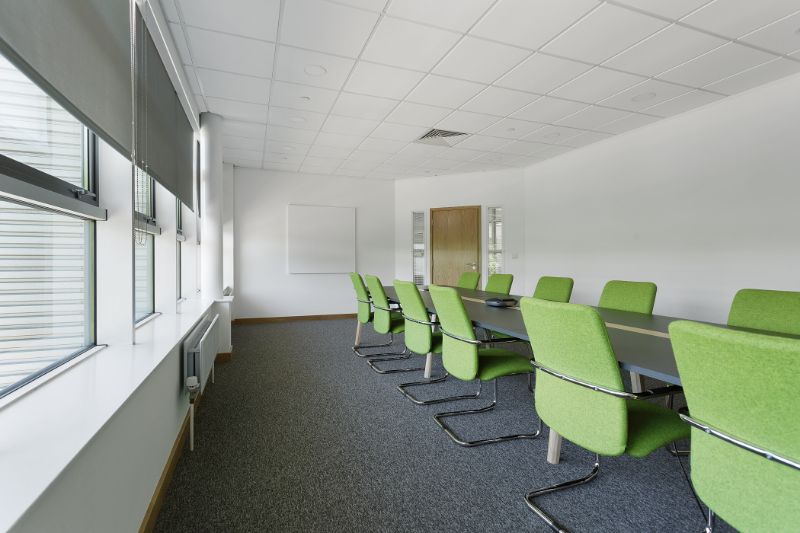 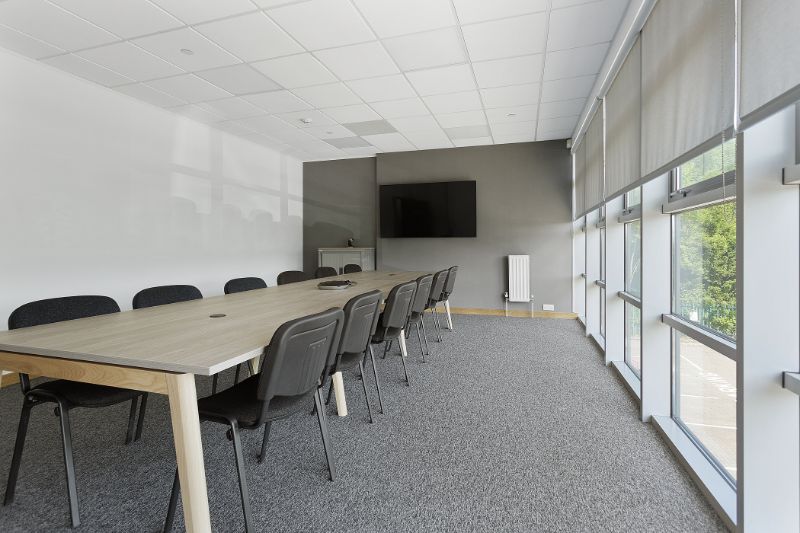 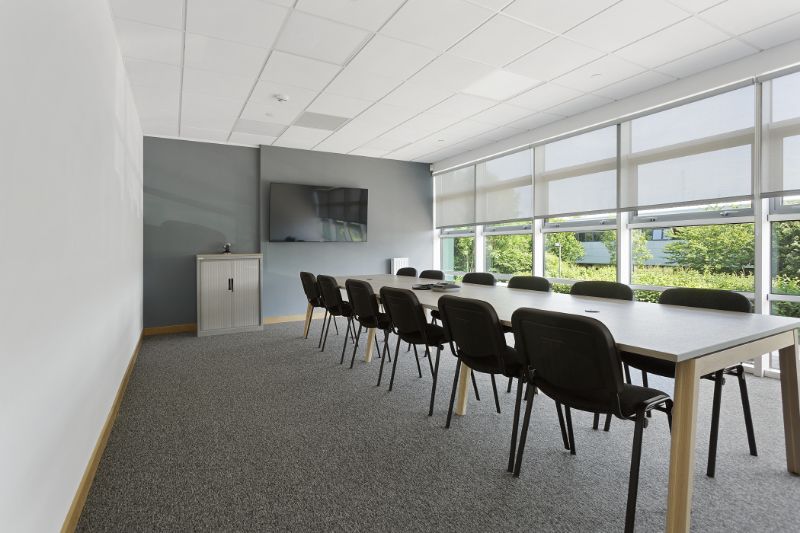 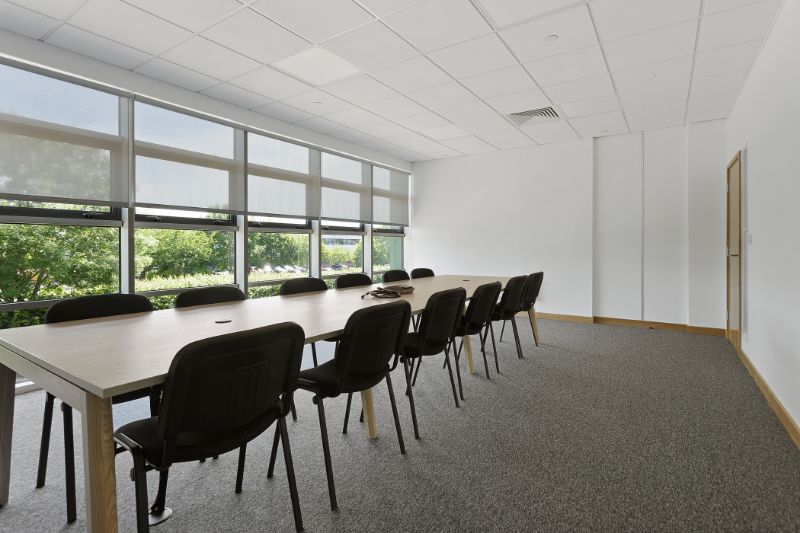 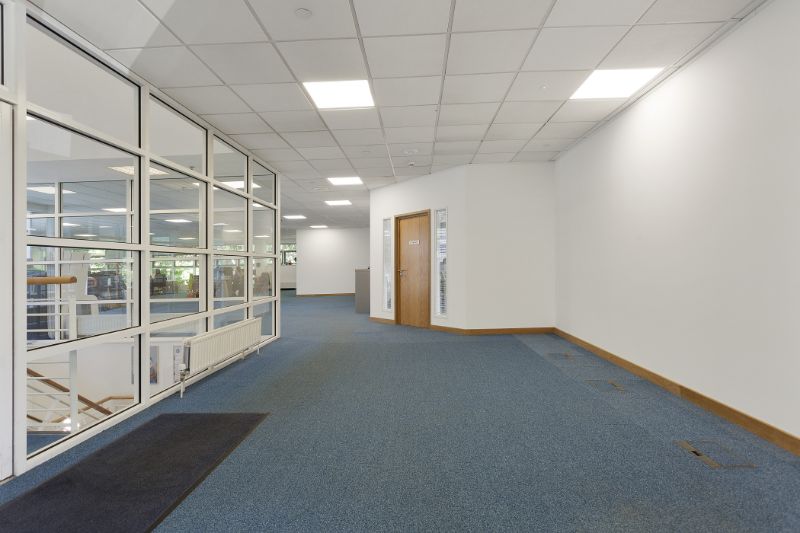 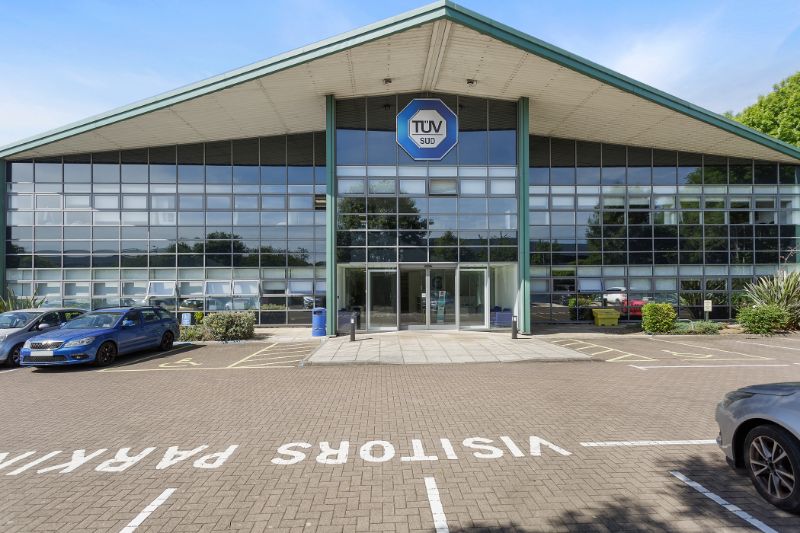